Not really a huge fan of plastic enclosures, I decided to rehouse a worthy Rocktek Flanger in the enclosure of an MXR Stereo Chorus (with a dead Reticon chip).

I removed the Flanger from the enclosure. Q6 was removed and jumpered to put the flanger in an "always on" mode. D3 was also removed. True bypass switching will be used on this project. 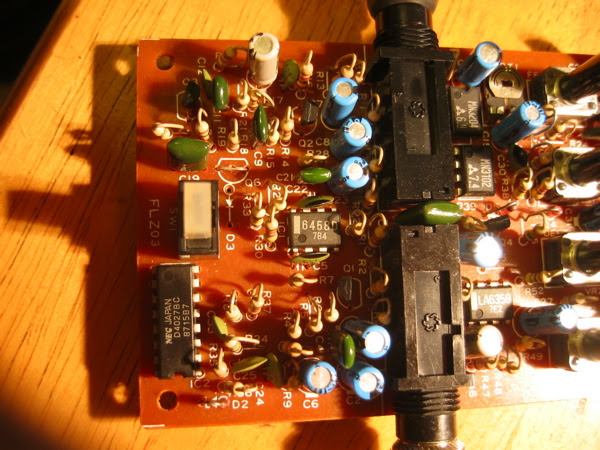 After verifying the "always on" mod I then removed the in/out jacks and all the pots. I purchased new replacement pots and put those in the MXR enclosure. I used the old jacks from the MXR chorus. I needed to drill holes for the on/off LED, the LFO rate indicator LED and the Feedback pot. 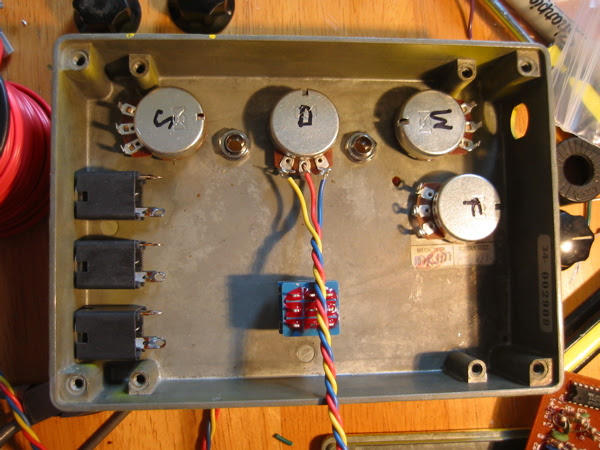 Usually a stereo input jack is used to switch a connection to the power supply (ie, turn on the box). None of the MXR jacks were stereo. I installed a SPST on/off switch in the hole for the old AC power connection. The wires for the on/off switch were connected to the input jack ground connections on the flanger PCB.

The flanger also needed some ground jumpers on the old pot connections. 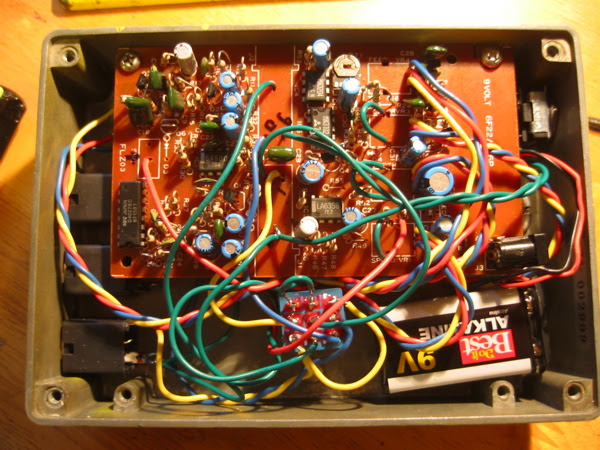 Another beautious mod was to decrease the value of the feedback resistor. The pedal can now go into howling self oscillations when the feedback knob is cranked! My dog loves these sounds so much that he howls back at the pedal. 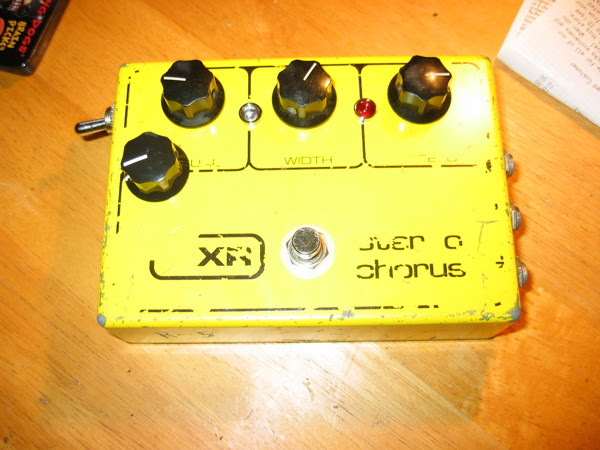 Here's a DS-1 with the Seeing Eye Dog mod and a switch to go into Ultra Underdog mode. The little LED lights up when you play your guitar. Cool! Wink, wink! The on/off indicator LED has been replaced with a big bright blue LED. 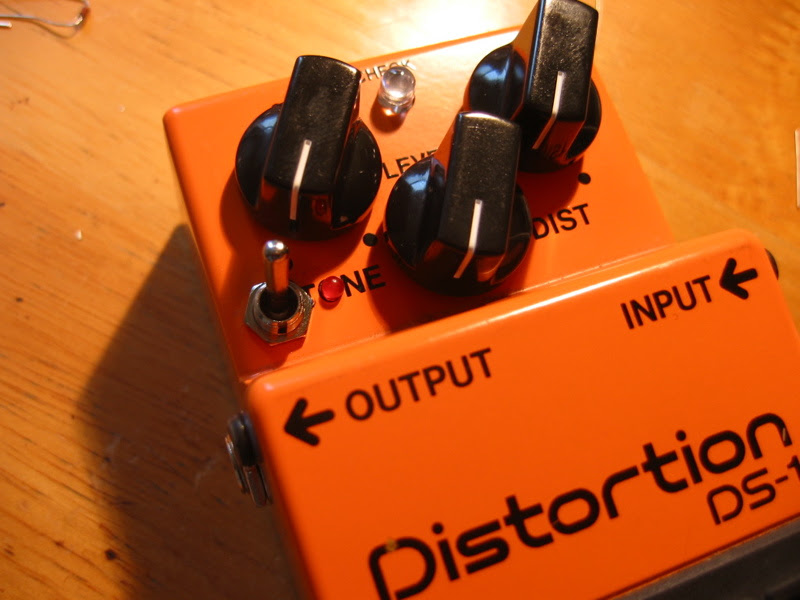 Posted by Jorge Zorro at 7:40 AM No comments:

The Ernie Ball Volume pedals are extremely heavy duty. These look like they could last forever - with some TLC now and then.

This 6150 needed to be taken apart and put back together to get it tweaked back into place. I like how it has strings and springs inside. Very old school mechanical. The aluminum and the mechanics make me thing of WWII airplanes. 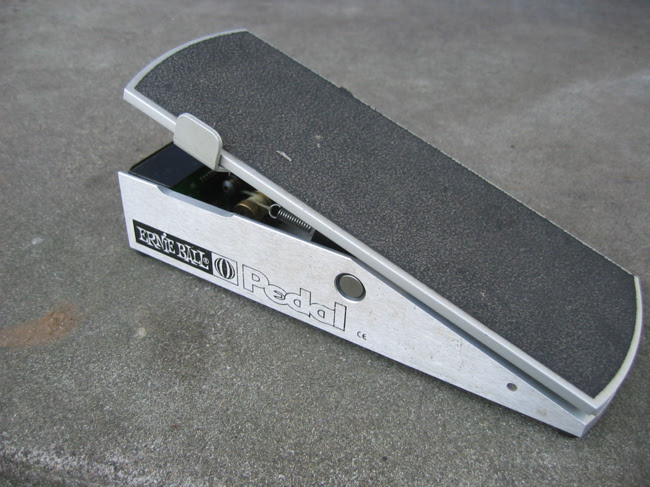 Posted by Jorge Zorro at 8:26 AM No comments: