The Line 6 DL-4 is well known for hardware failures. It's an awesome pedal that fails at inappropriate times. BUT..."WE CAN REBUILD HIM"!!

This DL-4 had two kinds of problems: switch failure and control (potentiometer) failure. It wasn't until the switches were replaced, getting the unit to where it could play, did I notice the problems with the controls.

There is a seminal video by Juffrage on the DL-4 switch replacement. THANK YOU, SIR!! The video gives brief details on the procedure to replace the standard tactile switch with a hardware switch.

Below is a photo showing the old tactile switch and spring loaded button pusher on the left and the new hardware switch on the right. 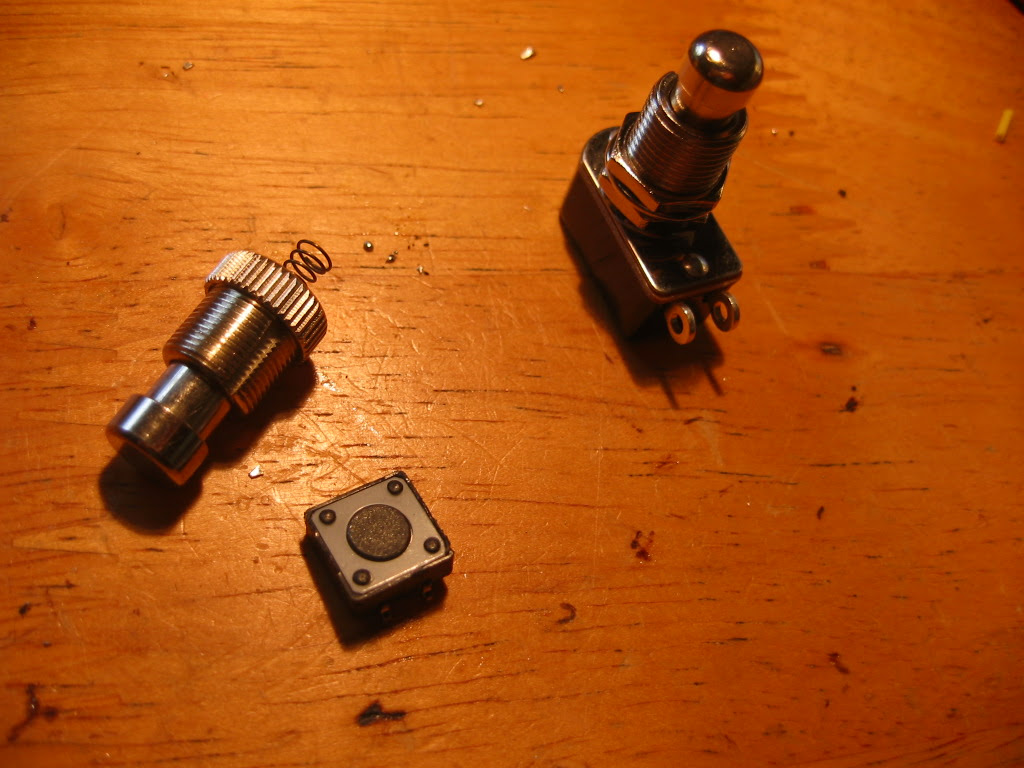 And here are the lowly switches on the main PCB for the DL-4: 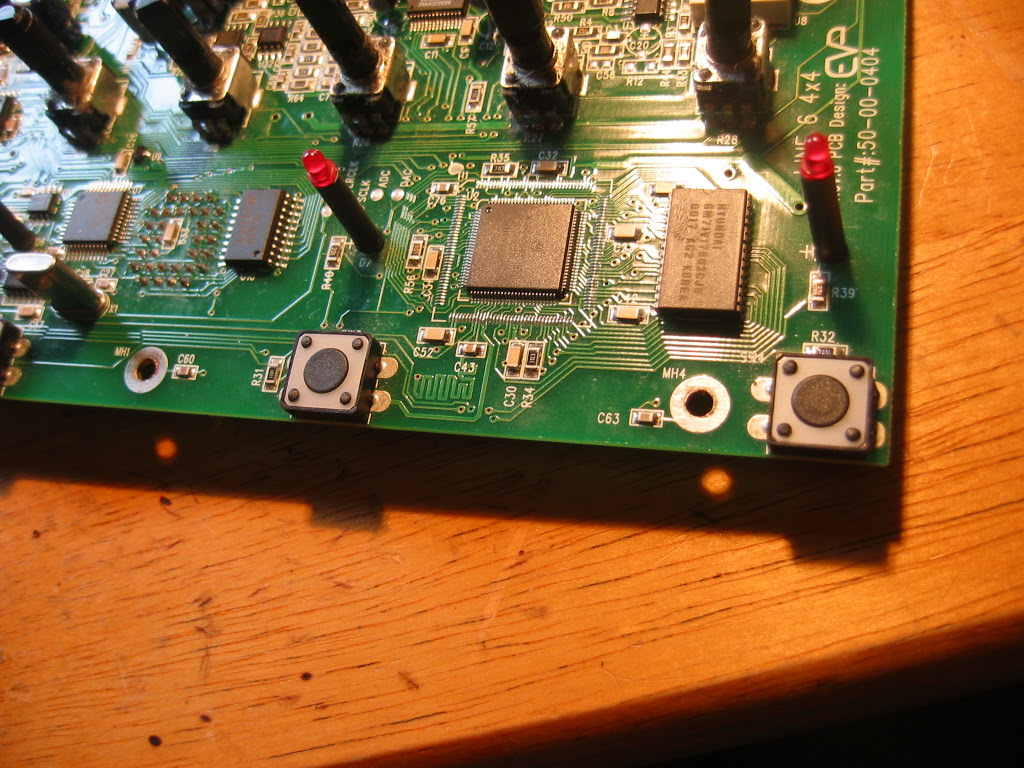 Remove the (often broken) tactile switch and replace them with the new hardware switch like this: 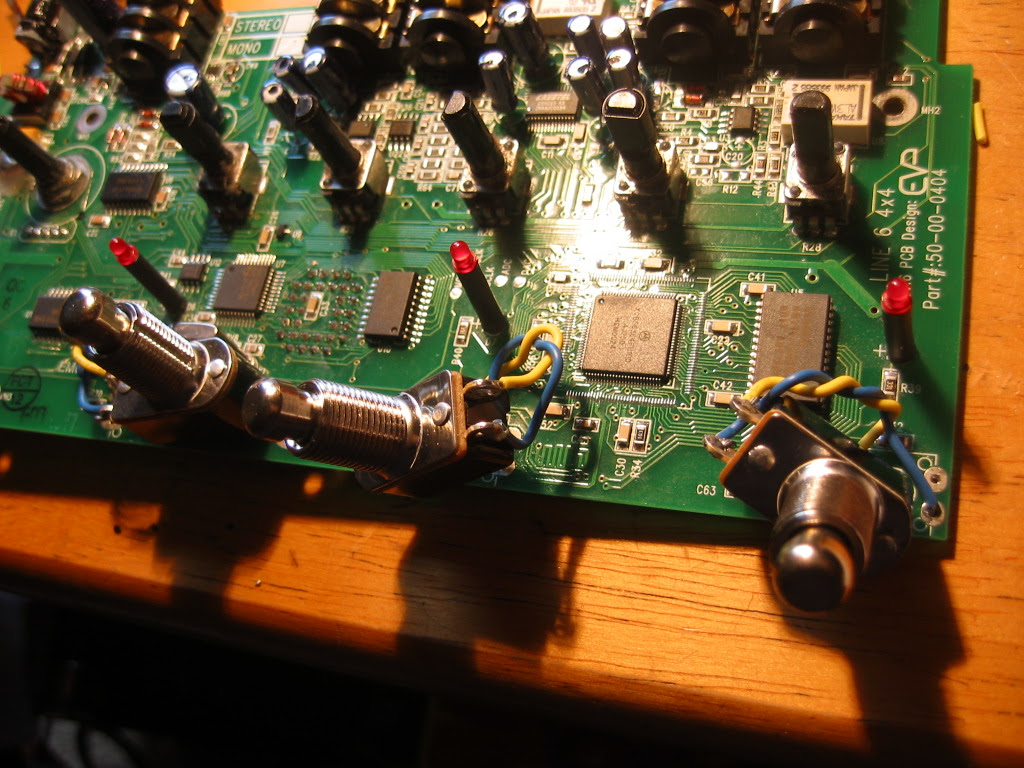 When the pedal is reassembled the new switches look basically the same as the original switches. 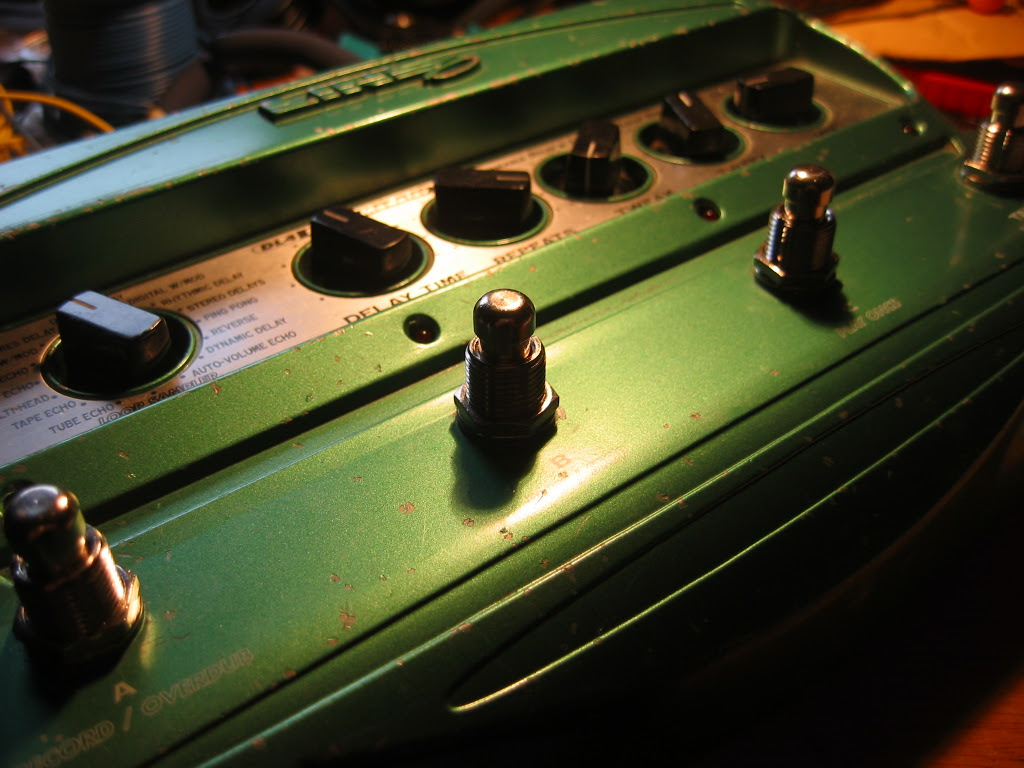 Posted by Jorge Zorro at 4:41 PM No comments: